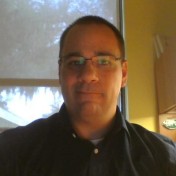 Tom Iovino is an emergency public information officer for Pinellas County. He has provided public education and information support to Emergency Management through 19 storm activations, the 2012 Republican National Convention, major water main breaks, the 2009 H1N1 flu outbreak, wildfires, large scale accidents and other emergencies. He was part of the deployment team to New York City in response to Hurricane Sandy in 2012.

Iovino is an instructor at the Governors and National hurricane conferences and instructs basic PIO classes through Florida’s emergency training program. He is also the editor of The PIO Chronicles, a blog dedicated to providing PIOs with new communications strategies. You can follow him on Twitter: @PIO_Chronicles. By Tom Iovino As an emergency public information officer, I used to become frustrated by people who would choose to ignore the warnings our office would give out regarding hurricanes and other hazardous weather. I mean, we live on the Gulf Coast of Florida, right in the prime hurricane zone. Yet, I hear all of […]